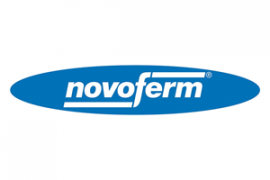 Following the choice of a new carrier, Novoferm France had to launch a project to adapt its logistics processes.

What was the need?

Following the choice of a new carrier, Novoferm France had to launch a project to adapt its logistics processes on the SAP system which was to end in less than 6 months. The alignment of Novoferm's information system with the constraints of this carrier included many objectives to be achieved in a very short time. In particular, it was necessary to make changes to certain documents such as delivery notes, preparation notes or dispolists (listing products ready for loading). In particular, the company had to enrich its dispolist based on the information that the new carrier was returning and thus update its analysis of the remaining stocks.

"When I sent a mini-specification to the Symtrax consultant, the latter answered yes to everything." Emmanuel DUC, IT Manager, Novoferm France

Or Novoferm France uses a shared server with Germany and the Netherlands, with an integrator in Germany. This complicated and lengthened the processing of change requests because there were sometimes problems with the understanding and availability of this integrator. Emmanuel Duc, Head of Information Systems, cites a concrete example: "On a production label, we had a barcode that corresponded to the order number. Next to this barcode was the command line. When I asked the integrator in Germany to concatenate these two elements, it took 4h of work for each modification."

Challenge: Gain in reactivity and autonomy for all modifications of logistics documents.

Emmanuel Duc knew that a project to modify the spools or SAP tags was going to be launched, so he was on permanent watch for existing solutions in the SAP ecosystem. He was looking for a turnkey solution to gain responsiveness, flexibility, and above all that allows his team to be more autonomous. While attending a Symtrax webinar, he found that Compleo fully corresponded to the specifications he had set. "We wanted a tool that could meet all of our SAP output requirements, which was the case with Compleo."

Emmanuel Duc continues: "The price of Compleo was reasonable compared to the solution provided, and its SAP connector was not intrusive. The sales team was responsive and competent, especially to create a model to test Compleo in real life. When I sent a mini-specification to the Symtrax consultant, he was able to respond to all requests. In addition, Compleo users benefited from training that, combined with the ease of use of the software, allowed them to be up and running in just a few days.

The benefits of Compleo for SAP

Novoferm initially used Compleo only to meet its logistical needs but, once the first objectives were achieved, the company wanted to expand the functional scope of the software. Discovering all the features of the Compleo, Emmanuel Duc noticed that the solution could answer other problems than those initially expressed. "Our Administrative and Financial Director has also clearly identified the use that we can make of Compleo in the future: we want to automate the sending of faxes from SAP. "

Accounting and purchasing departments will seamlessly go through Compleo to process their outgoing document flows with unbeatable ROI.