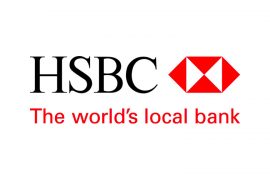 HSBC have a number of IBM Systemi® servers centrally located in Hong Kong. These IBM systems serve as the backbone of HSBC’s world-wide IT infrastructure. HSBC are currently using Compleo to reformat and distribute spool reports from 8 IBM Systemi® servers. These reports are distributed to internal users in the organisation on a dayto-day basis.

Prior to incorporating Compleo into its IT infrastructure HSBC users had to do a lot of manual work to create and distribute reports in the required format. One of the specific challenges was to convert spool files into PDF which was being done by physically printing the spool reports, scanning them into PDF and then attaching them to an email which was sent to end users.

Compleo today enables the users to directly connect to the Output Q’s on the IBM Systemi® servers, pick up the required spool files, format them, create and email final output in PDF format all by the click of a single button. This does not require the users to have any programming knowledge or to create formatting templates for every report. Templates once created in Compleo can be applied to spool files as and when required and as many times as necessary. The reformatting and distribution definitions have been built into these templates and are automatically applied to the spool file when the templates are opened with the relevant spool file.

By incorporating Compleo into its infrastructure, HSBC is able to distribute formatted reports in the desired format much faster than before, thus improving the business efficiency and enabling users to make faster business decision and be more responsive to customer and market trends. For HSBC, the significant benefit is that Compleo has helped improve communication with business users.

The HSBC Group is one of the world’s largest banking and financial services organisations. The Group has around 9,500 offices in 86 countries and territories in Europe, the Asia-Pacific region, the Americas, the Middle East and Africa.

Established in Hong Kong in March 1865 and in Shanghai one month later, The Hongkong and Shanghai Banking Corporation is the founding member of the HSBC Group. It is the Group’s flagship in the Asia-Pacific region and the largest bank incorporated in Hong Kong. With assets of US$2,422 billion at 30 June 2009, HSBC is one of the world’s largest banking and financial services organisations.