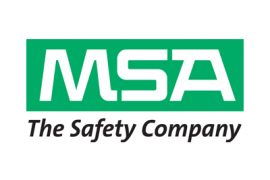 MSA improves its efficiency with Symtrax Compleo for SAP

MSA had an output management system in place that had not been giving them the reporting functionality they needed when expanding their global business into China. This business challenge is what prompted them to take a look at Compleo for SAP. They were looking for a reporting solution that would be compliant with Unicode, and Symtrax matched their initiatives with both functionality and overall cost. Since implementation, the Symtrax solution has been working with Unicode flawlessly and reporting to the Chinese division has been made possible.

Current bottlenecks in reporting were starting to surface throughout the organization. A satellite office in Germany was spending five hours a day generating and distributing sales reports, constant tweaking to these reports were causing a back-log in activity. Compleo for SAP has cut the time to generate these reports by over 50% and users are satisfied with the performance and ease of use.

At US headquarters, Kevin Sheen, Basis Admin II, was responsible for pulling reports out of their ERP solution and delivering these massive reports to distributors and internal users. Kevin Sheen stated, “What used to take hours of my time can now be completed within a few minutes. Compleo for SAP has given me the ability to distribute reports automatically via email. Now instead of each person individually pulling reports, I am able to generate reports and email them out automatically. This has saved us valuable time and money.”

Compleo for SAP Saves Time and Resources for MSA

MSA began using Compleo for SAP in April, 2009. Within a few months they are now generating about 200 reports via Compleo. The organization as a whole has been very impressed with the user-friendly interface and functionality of Compleo for SAP. Kevin Sheen states, “Since our initial installation of the product we have only begun to use the complete functionality of this powerful reporting tool. As we convert more and more reports over to SAP I expect to see higher costs savings with Compleo for SAP. We are very happy with this product.” The firm plans to be fully rolled out by the end of the 4th quarter.

What is Compleo for SAP?

Compleo for SAP is an Output Management solution designed to work directly with spool files in output devices on the SAP System. Business critical data from spool files can be exported, formatted, distributed and archived automatically. Compleo for SAP reformats raw data into professional reports in Office or PDF form, and distributes them by email, PC folders, FTP and Webservices, greatly improving efficiency and decision-making quality. Compleo is a SAP certified output management tool, giving the ability to distribute data outside of SAP, automatically.

MSA has already begun to see the ROI by generating and distributing reports (such as invoices, dispatch notes ...) through Compleo for SAP. By saving time in pulling lengthy reports and also recouping costs in printing, ink, and toner, MSA has made Compleo for SAP a standard reporting tool across all locations.

About About MSA (Mine Safety Appliances)

MSA is an international manufacturer of safety products and equipment focused on delivering quality products, technologies, and services to communities and families throughout the world. Sophisticated safety products typically integrate any combination of electronics, mechanical systems and advanced materials to protect users against hazardous or lifethreatening situations.