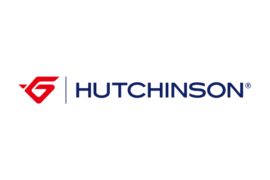 Having used Compleo since 2006, Mr. Cédric Pommez (ERP Technical Support) and Mr. Christophe Gaudin (IT Manager) of Hutchinson share their experience with this document management solution.

Initially, the company produced all of their documents from their ERP using text format spools and matrix printers. Each document had to be reformatted to be properly laid out on pre-printed paper. What’s more, any intermediate version updates or changes to the ERP meant all documents had to be reworked again.

In order to save time, reduce maintenance needs, and lower consumable costs, Mr. Gaudin chose to deploy Compleo after studying several output management solutions. Ultimately, he was won over by Symtrax's approach, which was to simplify the interface with IBMi systems and easily support variables. This suited Hutchinson's multi-environment platform and led to greater efficiency.

Compleo was first deployed to improve document aesthetics and send emails instead of printing. To enforce standardization, the project began by adapting AS / 400 spools to improve and facilitate long-term processing. Once this phase was completed, document layout and modernization was carried out quickly using the Compleo Layout module. Among the first forms processed by Compleo were purchase orders, delivery slips, and production orders, all of which are essential to Hutchinson's business.

Compleo was then deployed on seven other geographical sites, representing 10 ERP environments. In 10 years, Hutchinson has produced more than 150 forms and implemented ERP systems on multiple sites, growing from two starting sites to 10 sites to date. The forms handled daily range from simple editing for receipt slips to more complex edits, such as shipping labels, which vary according to each customer.

“Over time, Compleo has managed to keep up with the evolutions of the company in terms of both volume and infrastructure. The solution enabled us to achieve our goal of deploying our sites faster with minimal technical intervention."

Today, only two to three people in the IT department use Compleo because the solution is completely transparent to end users. They send their requests to the ERP, which Compleo intercepts, automatically converting the spool files. This solution’s key advantage is its ability to add information from a database to complete each document. Furthermore, Compleo inserts specific additional data that was not initially present in the spools based on the type of document.

In total, Hutchinson’s solution now processes around 15,000 documents a year, some of which are highly complex. For example, Compleo enriches the original spools with links to the files to be attached to the production file. The solution then merges the initial document with all related documents, providing a comprehensive bundle, and archives the results in the Hutchinson file system.

From modernization to largescale document management

Compleo operates in database mode in order to not just implement a load balancing system but also create a backup in case of onsite technical problems. This guarantees a scalable, secure architecture for business continuity that is essential to Hutchinson. Mr. Gaudin specifies that "the solution is sustainable and reliable; it is an integral part of our business recovery plan. If a server fails on one site, document processing can be quickly transferred to another one in order to not impact users."

Perhaps the most important benefit is the time Hutchinson has saved during the ERP version changes made each year.

With previous version changes, the IT team had to review all programs, run tests, validate outgoing spools, and modify them to fix errors. Today, Compleo picks up and adapts all spools generated by the new version in a very short time.

Mr. Gaudin estimates a gain of around 30 man-days per year: about 20 for adaptation and development and 10 for testing. "This is a significant ROI in technical terms but there are other advantages. Our documents are now modern, complete, and totally paperless."

Hutchinson is now using the XML format to simplify its document management. Symtrax supports the company in this transition thanks to its Compleo Designer module. Mr. Gaudin's goal is to modernize all peripheral ERP functions because XML is easier to handle, due to its use of tags identifying data. Eventually, Hutchinson intends to process all critical documents as XML for greater efficiency, including production orders, purchase orders, and delivery slips.

Benefits at a glance:

Hutchinson is a French international group that manufactures and markets products from processed rubber, primarily those intended for the automotive and aerospace industries.

For more than 160 years, Hutchinson has been serving customers around the world through its involvement in all steps of the production process. The Group continuously develops new innovations that enable it to increase mobile access.